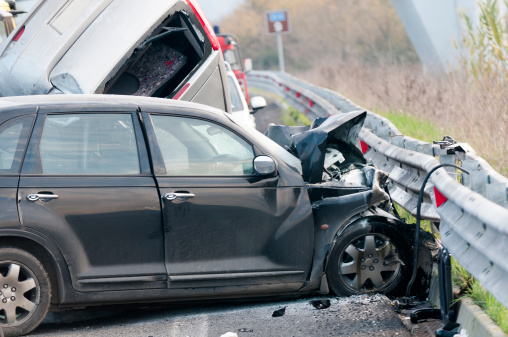 Reducing traffic deaths in Washington D.C. has proven difficult. In 2015, the District signed on to Vision Zero, a global initiative that aims to eliminate traffic deaths and serious injuries. The District’s Department of Transportation set a bold goal to do so by 2024. Then, the annual number of fatalities increased from 2015-2018. The number did decrease in 2019, however, dropping from 36 to 25.

As District Department of Transportation Director Jeff Marootian has said, “any fatality is one too many.”

With that idea in mind, Arlington County, Virginia and Prince George’s County, Maryland officials signed on to the Vision Zero initiative last year. The latter was the deadliest county for traffic incidents in Maryland in 2019. Montgomery County, Maryland, previously committed to Vision Zero, and has set the goal of zero severe and fatal collisions by 2030.

The reality is that American roads remain very dangerous places. This despite nationwide efforts to reduce fatalities and serious injuries due to traffic collisions. Many communities have implemented things like road diets, lower speed limits and protected bicycle lanes in recent years, but the national motor vehicle fatality rate remains higher now than it was during the first half of the last decade, according to federal data.

Disturbingly, even as overall fatalities went down, the number of pedestrians and cyclists killed actually increased from 2017-2018 (the most recent year for which federal data is available). Without the protection of a car, pedestrians and bicyclists are particularly at risk of sustaining severe or even fatal injuries if hit by a car.

Collisions involving cars and pedestrians or bicyclists happen for a number of reasons, but most involve driver negligence. This includes things like:

Learn more about the causes of pedestrian accidents and bicycle accidents. An experienced attorney can help to hold a driver accountable for causing serious injuries to a pedestrian or cyclist.

Legal action for a wrongful death

If a family member dies due to a reckless or negligent driver, those left behind often need to be taken care of. Thankfully, the surviving family members of the deceased can seek compensation through a wrongful death case.

Eligible parties/beneficiaries can vary by jurisdiction. Maryland state law is detailed here. The important point is that surviving family members can recover for both financial and non-financial losses, such as loss of companionship, sorrow and mental anguish. If you have any questions about which course of legal action you should take, contact the Law Offices of Stuart L. Plotnick online today for a free consultation.