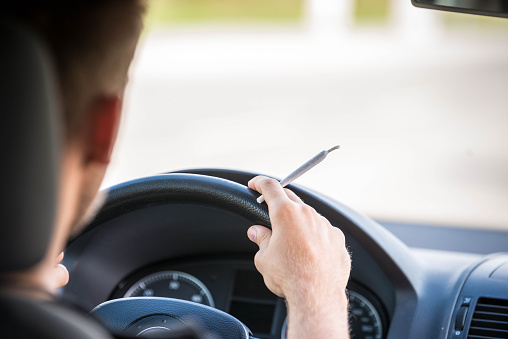 As of this past July 1, Virginia legalized marijuana for medical use. As a result, adults over 21 years old can possess, consume or grow marijuana if they have a doctor’s prescription, according to the Virginia Mercury and other sources.

Starting in 2024, adults will be able to use marijuana for recreational use in Virginia under the state’s new marijuana laws. However, marijuana remains illegal under many circumstances in the state, including driving while under the influence (DUI) of marijuana.

What are Virginia’s marijuana DUI laws? What are the penalties for driving under the influence of marijuana? And what should someone do if they’re injured in a car accident caused by a driver under the influence of marijuana? Below, you can find the answers to these questions and many more, courtesy of a law firm that regularly represents drivers injured in accidents caused by impaired drivers in Virginia.

Keep in mind while reading this article, that legalization of marijuana is still a developing area of law, and we are sure there will be some challenges ahead. However, we assume it will follow the path of laws in place for driving while intoxicated.

What Virginia law says about driving under the influence of marijuana

While the state recently legalized marijuana for medical use, Virginia’s DUI marijuana laws remain the same, making it illegal to drive while under the influence of marijuana or other controlled substances.

Va. Code Ann. § 18.2-266 outlines the state’s DUI marijuana driving laws. Currently, drivers under the influence of marijuana in Virginia can be fined $250, have their license suspended for up to one year, and may be required to install an ignition interlock device if they have their driving privileges restored sooner. It’s also illegal for passengers in a motor vehicle to consume or possess marijuana in Virginia, according to sources and news reports. And while marijuana breathalyzers are still in the developmental stage, they could eventually become a reality, allowing police officers to administer such tests to determine if a driver is under the influence of marijuana, according to Discover Magazine.

In the meantime, police in Virginia will continue to use their senses of observation to determine if a driver appears under the influence of marijuana (their eyes, ears, and of course their sense of smell).

Effects of marijuana usage on driver

Chesapeake Police Department Sgt. Kenneth Byrd noted in an interview with 13 News Now that much like alcohol, cannabis can slow down your reaction time and impair your ability to safely operate a motor vehicle.

“Weaving is more along the lines of alcohol, but depth perception with the stop bar (thick white stripe at an intersection or crosswalk) is on the cannabis side of things ... cannabis alters your perception of time and distance,” Byrd said.

What to do if you get hit by a “high” driver

If you or a loved one has been injured in a car accident caused by a driver under the influence of marijuana, it’s critical that you take certain steps right away to protect your health and your rights. Such steps include:

A few hours or days after your accident, take the following steps as well:

A car accident lawyer can help you pursue maximum compensation

We know the games insurance companies play, and we don't tolerate them. Additionally, in Virginia and the District, as there is with drunk driving, punitive damages may become an element of damage that the responsible drivers and their insurance companies have to worry about.

That’s why we want to help. Attorney Stuart L. Plotnick has years of experience investigating accidents and finding evidence in support of accident claims. As your lawyer, we can carefully review all the details related to your accident and build the strongest possible legal case in pursuit of the best possible outcome.

Learn more about how we can help when you've been injured due to negligence. Contact us and schedule a free case evaluation today. We proudly represent clients in Virginia, Maryland, and Washington, D.C.