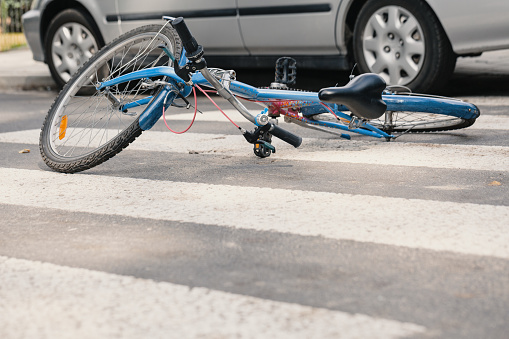 There are a lot of drivers who have an anti-cyclist bias when it comes to sharing the roadways. They believe cyclists don't belong on the road with motor vehicles and think everyone who rides a bicycle is a nuisance. Injured bicyclists are often blamed for crashes they didn't cause, and it's common for police officers to point the finger at them following bicycle accidents regardless of who was really at fault.

Many different factors can contribute to a serious bike accident, but the reality is most of them are driver-related. Common ways drivers cause collisions with bicyclists include unsafe lane changes, making turns into the path of cyclists, following bike riders too closely and/or not giving them enough room when passing, and engaging in reckless driving behaviors that put themselves and everyone else at risk (e.g., distracted driving, driving under the influence, speeding, etc.).

We don't have to look far to see how devastating it can be when a vehicle collides with a bicycle. In Fairfax County, Virginia, a retired aerospace engineer recently died after he got hit by a car while riding his bike on Hidden Canyon Road. Statistics show that accidents involving cyclists and pedestrians are not only on the rise nationally, but in the DC-Metro area. According to the most recent crash data, 846 bicyclists died in traffic crashes in 2019, up from previous years, and now with the advent of electric bikes and other innovations, more persons are taking to the road.

This local tragedy has once again put the issue of cyclist safety into the spotlight.

Raymond Buza, a 64-year-old from Centreville, Virginia, died in the Fairfax County crash caused by a driver who failed to yield to Buza and made a left turn into his path. A witness who heard the crash ran out of his home to assist Buza by performing CPR, but Buza was ultimately pronounced dead. Catastrophically, the fatal bicycle crash took place just a couple of blocks away from Buza's home.

Even though cyclists have the same right to the road as motorists, drivers need to remember just how vulnerable bicyclists are when they're involved in a crash. Anytime a collision between a bike and car takes place, the bicyclist is going to get the worst of it.

Yes, wearing an appropriate helmet for head protection, driving defensively, and being predictable are all things cyclists can do to be safe. But the best way to prevent fatal bicycle accidents is for motorists to be vigilant about safety.

Here are some tips drivers can take to share the road with cyclists.

Treat them the same as another motor vehicle, but do not underestimate how fast the cyclist is going and be extra cautious at intersections and near driveways. Always come to a complete stop at signaled intersections and grant the right of way to cyclists in the same way you would other motorists.

Keep your eyes peeled for bikes

Be aware of your surroundings and know who's on the road with you. That means other motorists, cyclists, pedestrians, etc. Don't let your guard down when you're going through a parking lot, coming up to a stop sign, backing up, or parking. If you're not careful, you may hit someone riding their bike.

Double-check for cyclists when turning right on red

Speeding, tailgating, road rage, and other dangerous driving habits put you and everyone else on the road at risk of being injured in a bad accident. Don't be a careless driver. Obey the posted speed limit and follow all the other rules of the road.

Again, you need to treat bicycles the same as motor vehicles. That means you don't pass them too closely and you only pass them when it's safe to do so. Bicyclists can be "buzzed" from behind, rear-ended and ejected, sideswiped, or run off the road by motorists who don't give them space. Maryland, Virginia, and the District of Columbia have adopted laws that require drivers to give at least 3 feet or more of space when passing cyclists.

Be careful opening your car door

Known as a "dooring" accident, this type of collision occurs when someone inside a vehicle, usually parked, opens a door into the path of an unsuspecting bicyclist. A popular safety technique to prevent this type of collision that's long been in use in the Netherlands is known as "The Dutch Reach." You can perform this action by reaching across your body to open your car door with your far hand, which will force you to turn your body toward your side view mirror, out, and then over your shoulder so you can clearly see if someone is coming up from behind. Once it's safe to do so, you open your door slowly and then get out.

If you get hit by a car while riding your bicycle, you have the right to seek fair and full compensation for your injury-related expenses. That's all your current and future medical bills, lost income from missed work, your pain and suffering, and any other compensable damages you sustained as a result of your crash.

Do not let an insurance adjuster try to downplay the severity of your injuries or claim the accident was all your fault. Let the Law Offices of Stuart L. Plotnick, LLC deal with them so we can protect your rights and fight for the money you deserve. If we don’t make a financial recovery on your behalf, you pay nothing in attorney fees.

See how a bicycle accident lawyer with more than 30 years' experience can help you and contact us today for a free consultation. Our office is in Rockville, MD, and we proudly serve clients in Maryland, Virginia, and Washington, D.C.