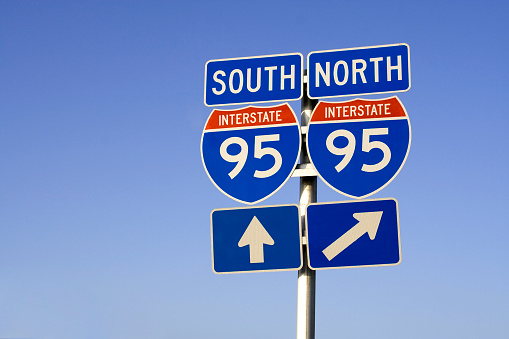 An experienced car accident lawyer explains what drivers should know

The message seems to be everywhere — Don't Drink And Drive — yet more than 25% of the deadly car accidents that take place in the U.S. each year involve alcohol and drivers who are under the influence.

The situation is worse in parts of Maryland and the metro area, according to a new survey of 2019 crash data. Alcohol was present in more than one-third of all fatal crashes on Maryland's portion of I-95 that year, not including the Capital Beltway. That's 97 deadly drunk driving crashes on one highway.

Maryland's portion of I-95 is about 110 miles long. It cuts southwest to northeast across the state and enters Washington, D.C., and Virginia at the Woodrow Wilson Bridge. The 8-lane toll road is heavily traveled between Baltimore and D.C.

Drunk driving accidents are among the most violent on the road. The reasons for this are various and include slowed motor skills and reaction time as well as the tendencies of impaired drivers to speed, drive aggressively, and ignore or miss traffic signals and obey other routine laws.

In many cases, it may seem obvious that crash victims and their families should be appropriately compensated for their losses, but oftentimes seriously injured people have to fight for what they are entitled to under the law.

And in Maryland, unlike in D.C. and Virginia which specifically add a component of damages (punitive) or compensation, the fact that a driver is drunk never makes its way into the courtroom for consideration.

Awareness campaigns and strict anti-impaired driving laws have contributed to a huge drop in alcohol-related crashes nationwide. From 1985 to 2019, drunk driving's contributions to total fatal crashes fell by 32%, according to federal statistics.

Also, keep in mind that we may have had a decline in 2020 and 2021 due to the COVID-19 pandemic and lack of the ability to drive to a bar or restaurant and drink to intoxication. Additionally, law enforcement/police were less apt to make traffic stops for fear of exposure to the virus.

Every year in Maryland, an average of about 150 people die due to drunk driving.

The state has stepped up efforts to stop drunk driving. In one instance, Maryland State Police coordinated with officers in other departments to blitz Montgomery County and the surrounding area with high-visibility patrols and increased traffic enforcement. The campaign took place in late September, from Friday nights into early Sunday mornings. The effort led to hundreds of arrests.

In 2021, across Montgomery and Prince George's counties, portions of I-495 and U.S. Route 50 in Maryland as well as Washington, D.C., police made nearly 300 traffic stops. Overall, officers issued 315 citations, 205 warnings, 80 repair orders, and 8 civil citations.

Police also removed 21 impaired-driving suspects from the roadways and arrested five people on warrants, according to Maryland State Troopers.

Legal help is just a call away

Proving that the person who hit you was intoxicated can be complex, but if you were injured by someone who was driving under the influence of alcohol, you have recourse through the civil justice system. Remember, any civil action you take against the at-fault driver is separate and distinct from any criminal charges handed down to the driver by the state. That means even if the at-fault driver isn't charged or has their charges reduced or dropped, you can still pursue compensation for your losses (accident-related expenses), but as noted in Maryland’s civil courts, DUI or DWI, never makes its way into the Court.

Virginia and Washington, have a specific law that makes intoxication of the driver a damage factor if the Plaintiff can prove certain facts; but not Maryland.

Drunk drivers often flee accident scenes or are too injured in a crash to take a BAC (blood alcohol content) test. To escape harsh penalties, these reckless drivers will often downplay the role that alcohol had in the crash. Their auto insurance company may also try to do the same in an effort to reduce their liability and pay you as little money as possible—if anything at all. They both get to hide in the cover of Maryland’s damages law. That's why you need a knowledgeable and experienced attorney with the resources to aggressively advocate for your best interests and fight for the compensation you deserve.

For decades now, the Law Offices of Stuart L. Plotnick, LLC has been representing accident victims in Maryland, Washington, D.C., and Virginia.

If you were injured or a loved one died in a car accident, you can get a clear understanding of your legal rights and options by contacting our law firm.

To see how an experienced car accident attorney can help you, contact us today for a free consultation. Our office is located in Rockville, MD, and we would be honored to talk to you about your potential legal case.