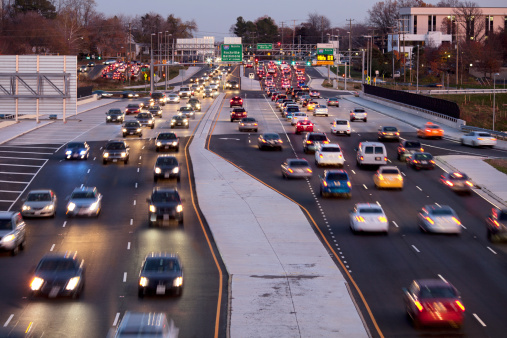 Car accident fatalities increased dramatically nationwide last year, according to a recent traffic safety study. And researchers blame states like Virginia, which needs to improve its traffic laws, according to an article about the study published by WTOP News.

“States are overdue in enacting on lifesaving proposals,” Cathy Chase, president of Advocates for Highway and Auto Safety, said in an interview with WTOP News. “Allowing this carnage to occur year after year, when solutions are readily available, is simply unacceptable.”

The number of fatal car accidents in the first half of 2021 nationwide increased by 20 percent compared to the same time, according to the “Out of Control” study. The organization based its findings on car accident statistics compiled by the Fatality Analysis Reporting System (FARS).

The 20 percent increase represents “the highest six-month increase ever recorded in the history of FARS,” the report noted. The report added, “This is a major public health epidemic, and lawmakers can and must do more to ensure safe roads for everyone.”

As for Virginia, car accident fatality data for 2021 is not currently available. However, motor vehicle fatalities in Virginia increased in 2020 by 2 percent to 847 deaths, according to U.S. News & World Report based on statistics compiled by the Virginia Department of Motor Vehicles. That year’s death toll is the highest in Virginia since 2007.

Advocates for Highway and Auto Safety identified several reasons why car accident fatalities and injuries increased in 2021. Such reasons include:

Why did Virginia receive a ‘poor’ grade for its traffic laws?

As part of the Advocates for Highway and Auto Safety study, the organization analyzed and graded each state’s traffic laws. Virginia received a “poor” rating for its traffic laws. That grade was due to not having certain traffic laws that exist in other states. Virginia does not have the following laws:

The report also noted that the annual financial impact of motor vehicle accidents in Virginia is $6.034 billion.

Crash victims may be entitled to compensation

If you were injured in an accident that wasn't your fault or a loved one died in a fatal crash due to negligence, you have the right to seek compensation for your losses. The problem is insurance companies only care about keeping costs low and protecting profits. To them, the cost of your injuries and other damages are nothing more than numbers on a spreadsheet. That's why you need someone who will stand by your side throughout every step in the process and aggressively advocate for the compensation you need and deserve.

At the Law Offices of Stuart L. Plotnick, LLC, we have years of experience successfully handling complicated injury claims in Virginia, Maryland, and Washington, D.C. As a result, we know the laws that apply to such cases and know what strategies work.

Take control and take the first step. Contact us today to schedule a free case evaluation with a Virginia car accident attorney you can count on.