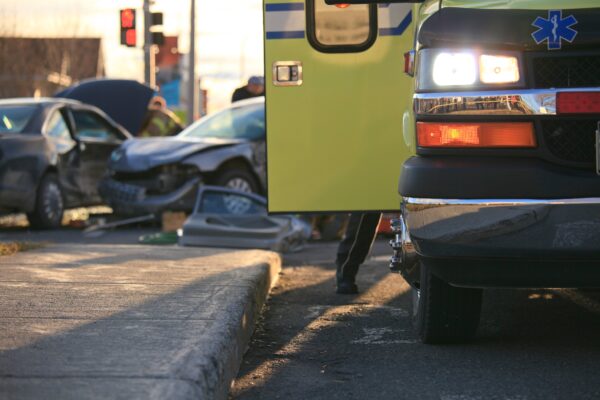 What is D.C. doing to reduce roadway fatalities?

With traffic deaths on the rise, D.C. has a long way to go to reach its goal of zero traffic deaths by 2024. The District hoped to progress toward the goal, but serious and fatal car accidents remain a problem, primarily due to reckless and negligent drivers.

D.C.'s mayor has addressed the concerns and said much more needs to be done to reduce traffic-related fatalities and severe injuries.

"Our original target of achieving zero deaths by 2024 was ambitious and has not been without its challenges," said Mayor Muriel E. Bowser in an update of her Vision Zero safety initiative, according to The Washington Post.

According to The Washington Post, last year, there were 40 traffic deaths in D.C. This was the most traffic deaths D.C. has seen since 2007. These fatal accidents ranged from car accidents to motorcycle accidents. Fatal accidents, also including pedestrian and bicyclist deaths also increased, especially in metropolitan areas surrounding D.C., according to the Metropolitan Washington Council of Governments.

Other D.C. crash statistics include:

Mayor Bowser has plans to get D.C. back on track for Vision Zero. For example, more traffic cameras and a reevaluation of speed limits will be put in the works over the next two years. Deploying more police in school zones during arrival and dismissal times is also a part of the plan. This comes about after a tragic accident paralyzed an elementary student in October 2021.

On "Walk to School Day" that year, a 9-year-old boy was hit by a car while crossing the street, according to a DC'ist report. Residents are now advocating for safety changes, especially to protect pedestrians. Mayor Bowser is promising to triple the number of traffic cameras by the end of next year. These cameras will specifically target drivers speeding, running red lights and stop signs, and drivers who illegally use bike and bus lanes. Two years ago, the default speed limit was also reduced from 30 mph to 25 mph on major commuter corridors.

"We know our efforts must ever-evolve by applying lessons-learned and data-driven solutions, especially to our most vulnerable street users and populations," said Everett Lott, District Department of Transportation Director.

If you or a loved one was injured in a traffic accident, you have the right to seek compensation for your losses. However, getting the compensation you deserve won't be easy. That's because, to the insurance company, your claim represents nothing more than a threat to their bottom line. And if you're not careful, you could lose out on the compensation you're entitled to under the law.

At The Law Offices of Stuart L. Plotnick, LLC, our legal team has years of experience dealing with insurance companies and getting meaningful results for our clients. We know how to handle complex cases in Virginia, Maryland, and D.C., and we will fight for every dollar you deserve.

Our law firm also offers legal representation on a contingency fee basis. That means you pay no fees unless a financial recovery is made on your behalf. To learn more about how we can help you, contact us today to schedule a free case evaluation.