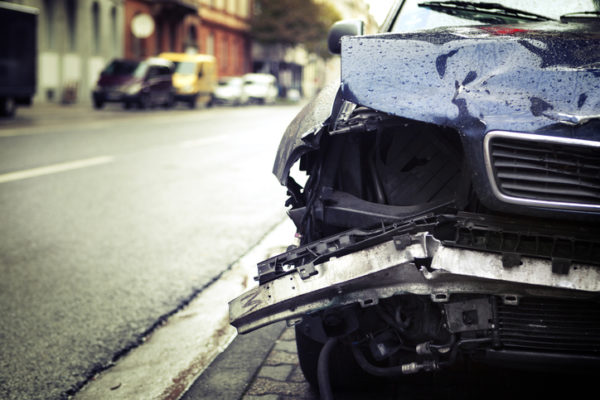 If you drive in the District of Columbia and the surrounding area you probably already know some intersections, highway ramps, and interchanges that are more dangerous than others.

Car accidents happen all the time here, and a new study has identified the region's top 5 crash hotspots. The WTOP News Traffic Center recently analyzed four years of its local crash records (December 2017 through November 2021). They found more than 90,000 auto accidents reported in the area over that time. They describe the top hotspots as the "most crash-prone regions" in D.C.

Overall, most crashes happened in the right lanes and were associated with drivers weaving in and out of the merge lanes for the Beltway, WTOP says.

There were 862 recorded crashes here over four years.

About 80 percent of the crashes happened in the eastbound lanes.

Most crashes happened on the curvy section of the Beltway between I-270 and Connecticut Avenue.

A little under 1,000 crashes were recorded here.

About two-thirds of the crashes occurred on the Outer Loop.

The highest concentration of accidents was near Pennsylvania Avenue.

More than 1 car accident per day happened on this 2-mile stretch of highway.

Some days, there were as many as 5 crashes recorded here.

About 1,700 crashes were recorded from the 14th Street Bridge across the Southwest Freeway.

About two-thirds of the crashes were in the northbound lanes heading into the District.

WTOP included a "dishonorable mention" list in its analysis. It identifies roadways that are dangerous but didn't quite make the top 5. These roadways include:

Crash victims have the right to seek compensation. We can help.

Car accidents are an everyday part of life in the D.C. area. Responsible drivers stay alert and drive defensively. But far too often, even the best drivers can't avoid a crash caused by a reckless driver, such as someone driving under the influence of alcohol, texting, or speeding.

At the Law Offices of Stuart L. Plotnick, LLC, we know how to hold negligent drivers accountable for their actions and fight for the compensation our clients deserve. Don't let an insurance company pressure you into accepting a small settlement that doesn't come close to covering your losses.

Remember, they have a vested interest in paying you as little money as possible, and if you're not careful, you might not recover the compensation you're entitled to. In fact, studies done by insurance companies show that those who hire a lawyer for help after a car accident recover more money than those who don't. That's why if you or someone you love has been injured in an accident, you should talk to an experienced car accident attorney to go over your legal rights and options.

To find out how we can help with your potential legal case, contact us today for a free consultation. There are no obligations, and we offer contingency fee agreements. That means you pay no fees unless we win your case. Located in Rockville, we proudly serve clients in Maryland, Virginia, and Washington, D.C.