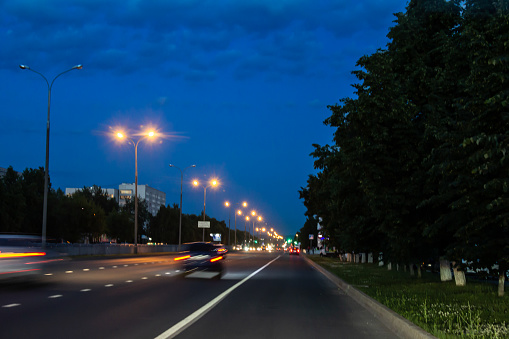 A car accident lawyer explains why

Daylight Savings Time ended on Sunday, Nov. 7, 2021, and now that it is getting darker earlier each day, drivers need to remember to pay special attention to traffic conditions and look out for pedestrians and cyclists.

Driving in dark conditions makes it exceptionally more challenging to notice people walking or riding a bike if you're not being attentive and following the rules of the road. While pedestrians and cyclists can and should increase their visibility by wearing brighter colored clothing and reflective equipment, their safety still largely lies in the hands of motorists.

As such, drivers should remember to eliminate distractions, obey the speed limit, and keep their focus on the road ahead.

According to the National Highway Traffic Safety Administration, over 7,000 pedestrians and cyclists died in motor vehicle crashes last year. This trend was unexpected, as with fewer drivers on the road due to pandemic restrictions, the largely held belief was those roadway fatalities involving pedestrians and cyclists would go down. Yet last year cyclist fatalities actually increased by 5%, while pedestrian deaths remained flat nationally.

In our area, pedestrian deaths increased slightly. This was due to more traffic on the roads, including foot traffic and cyclists, drivers paying less attention to the dangers around (e.g., cellphones, texting, and there is more construction going on, which changes and obstructs traffic patterns).

According to multiple studies, the most dangerous time of day for pedestrians and cyclists is between 6 p.m. and 9 p.m., with the first hour of darkness posing the most risk.

How to drive in dark conditions

For motorists, the National Safety Council offers the following safety tips when driving at night:

Another issue to consider is that pedestrians, cyclists, and scooter riders are greatly underrepresented in Washington, D.C., accident reports. That’s a problem because the statistics are important for ensuring public safety.

Thirty percent of collisions in D.C. involving pedestrians, cyclists, and scooter riders were not documented in crash reports, according to the D.C. Policy Center. The center studied 911 calls over a six-week period, then sought corresponding accident reports.

“Among the pedestrian and cyclist community, I think they’ve known for a long time that the public crash reports weren’t capturing all the crashes,” said Emilia Calma, the center’s deputy director of research and policy. “It’s in MPD (Metropolitan Police Department) policy that they won’t write reports if people don’t want to make statements and there’s a whole bunch of reasons why people might not want to do that.”

The lack of reports is an issue, Calma said, because the information helps identify streets in need of safety measures. Without reports on many accidents, officials are making decisions based on incomplete data.

Calma said the city needs to expand its efforts to collect accident information. Two places to start, she suggested, are the 911 calls and reports from area hospitals.

Again, drivers have a duty to watch out for pedestrians, cyclists, and scooter riders, but there are some things people can do to help protect themselves.

Legal help is available when you've been injured

If you were hit by a car and suffered injuries because of a reckless driver, we can help. At the Law Offices of Stuart L. Plotnick, LLC, we aren't afraid to take on the insurance company and fight for every dollar you deserve. We don't back down, and we will aggressively advocate for your best interests, whether that's in settlement negotiations or in court in front of a judge and jury.

To schedule a free consultation with a car accident lawyer serving Maryland, Virginia, and Washington, D.C., contact us today.