Your Legal Options After Sustaining a Traumatic Brain Injury 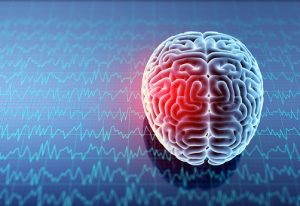 People who are involved in traffic crashes, slip and fall accidents, work-related accidents, or suffer any other form of violent impacts or trauma, can be at risk of suffering traumatic brain injuries (TBIs) due to an impact, jolt, or blow to the head.

According to the Centers for Disease Control and Prevention (CDC), TBI-related emergency department visits, hospitalizations, and fatalities rose by 53 percent from 2006-2014.

In 2014, falls accounted for 48 percent of all TBI-related emergency department visits, followed by being struck by or against objects (17 percent).

Concussions are the most common type of TBI

The most common and usually minimal type of TBI is a concussion, which occurs when the brain is bounced around or twisted in the skull as the result of an impact or sudden jolt of the head or neck. This results in damage to the brain cells and can create minor chemical and/or tissue changes to the brain, which can result in the various types of side-effects addressed below.

Inertial force concussions can be caused by whiplash – which occurs when a person’s head rapidly jerks back and forth in a whip-like motion and the brain is rocketed back and forth against the walls of the skull. Whiplash is usually caused by rear-end motor vehicle collisions or head-on collisions.

Concussion symptoms can often be delayed and can appear days after an accident. They usually include:

Even though concussion symptoms may go away completely, one effect is clear: the victim is now more susceptible to another concussion from trauma than somebody who has never had a concussion before.

Other types of TBIs

While concussions are often recoverable, some TBIs can cause permanent complications or brain damage. Those who sustain TBIs are at risk of only making partial recoveries. Others aren’t as fortunate.

TBIs are categorized as:

Complications that can arise from TBIs include:

Depending on the severity of a TBI, recovery could be a costly and lengthy process. That’s why you should speak to an experienced Maryland personal injury lawyer as soon as possible if you were injured due to someone else’s negligence.

Even if your head injury is minor, you should always seek immediate medical attention. Then contact the Law Offices of Stuart L. Plotnick, LLC to discuss your legal options.