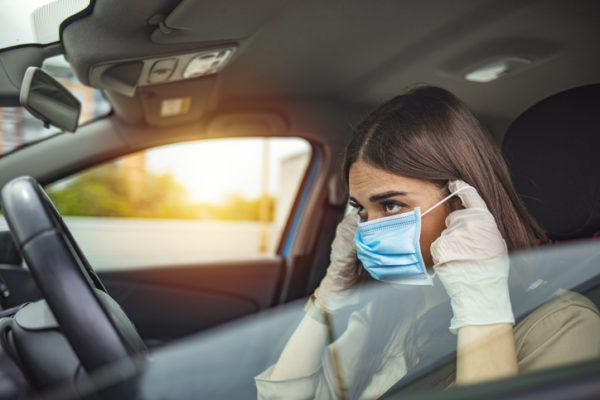 An experienced car accident attorney breaks down what you should know.

A silver lining of the pandemic lockdown was supposed to be fewer serious and fatal car accidents.

In fact, while there were far fewer cars, trucks, and motorcycles on roads across the U.S. during the 2020 COVID-19 surge, car accidents shot up dramatically. This has left many researchers scratching their heads. How or why, with fewer vehicles on the road, was the crash or accident rate increasing?

A recent AAA Foundation study presents some of the most credible hypotheses explaining the more than 7% spike in deadly car crashes. Overall, 38,680 lives were lost to traffic accidents in 2020.

Among the reasons for the jump in car deaths are misconceptions about road safety and speeding, AAA says.

One of the main reasons for the spike in fatal car accidents during the pandemic was speeding.

In 2020, many police officers reported catching people driving at ridiculously high speeds, in excess of 100 mph, double the normal rate. Lack of traffic jams and congestion transformed normally sluggish routes that kept people going 60 mph or slower, to open spaces with the ability to drive whatever speeds they like. Too many people chose to cruise at 80 mph or faster and saw the lack of traffic congestion as a literal green light to step on the gas.

Speed is a significant factor in whether a car accident causes serious or fatal injuries. The faster a vehicle is moving, the more severe the outcome. With pedestrians, for instance, there is a 95% chance that they will survive a car accident with a vehicle going 20 mph or less. The chance of survival decreases to 55% at 30 mph. If you are hit by a car going 40 mph or faster, there is only a 15% chance of survival, according to the National Traffic Safety Board.

A car going over the speed limit also has a higher risk of causing a crash that results in injuries for passengers and drivers in all involved vehicles. When cars collide, it is often the lighter vehicle that takes the brunt of the impact, as per the Federal Highway Administration.

This is why the higher fatal car accident rate was particularly hard on vulnerable roadway users like pedestrians and other vehicles. The number of people on foot who died in motor vehicle crashes last year was up 20% over 2019.

Crash factors: A mistaken belief that the roads were safer.

Vehicle miles traveled in the U.S. dropped by 13% in 2020, which meant many roadways that had been historically slow-moving were now clear of other travelers. Many drivers saw the open road and thought it meant that their risk of getting into a bad car accident was greatly reduced.

The streets were so safe, they mistakenly thought, that drivers let their good driving habits slip because they were operating under an incorrect assumption about their margin for error.

Anecdotally, AAA suggests that the rise in fatal crashes may also have something to do with the perception, and in some cases, the reality of less police traffic enforcement during the pandemic. Negligent drivers felt less likely to be caught violating traffic laws in 2020, the study suggests.

While it's too early to tell how widespread the issue is, various cities and states in the U.S. have reported a drop in traffic enforcement. This may be due to a number of factors including budget cuts and staff shortages, and officers' hesitation to engage drivers who might expose them to COVID, among others. Also, the national conversation on police tactics may be having a chilling effect on law enforcement; fear of being accused of excessive force or selective enforcement of the traffic laws based upon race or ethnicity.

Finally, there just may have been more bad drivers than normal on the roads, AAA suggests. Safe drivers are often the same people who take safety precautions in other areas of their lives. People who prioritize safety were among those committed to staying home as much as possible during the lockdown.

Meanwhile, "irresponsible" people were more likely to be reckless with COVID-19 safety protocols like quarantining. That means that during the lockdown, responsible drivers stayed off the roads and reckless people kept on driving. This increased the concentration of bad drivers in traffic and led to more accidents, the theory goes.

Even the most careful, observant drivers can be the victims of bad car accidents. Sometimes, there is just no getting out of the way of a negligent driver speeding toward you.

Getting into a car accident can be a terrifying, painful, and confusing experience. Not only do you have to heal physically, but you have to deal with lawyers and insurance adjusters in high-stake negotiations to get the money you deserve.

If you were injured in a car accident, we can help. The Law Offices of Stuart L. Plotnick, LLC fights for accident victims' rights. We take on the insurance companies and advocate for maximum compensation—and we don't back down. If the insurance companies won't make you a fair financial settlement offer, we aren't afraid to file a lawsuit and prepare your case for trial.

With offices in Rockville, MD, Washington, D.C., and Virginia, our law firm offers free case consultations to accident victims and works on contingency. We will listen to the details of your injuries then help you understand your legal rights and options.

Contact us today to schedule your free consultation with a car accident lawyer who proudly serves clients in Maryland, Virginia, and Washington, D.C.