DC footbridge over I-295 collapses in 'overheight' truck accident 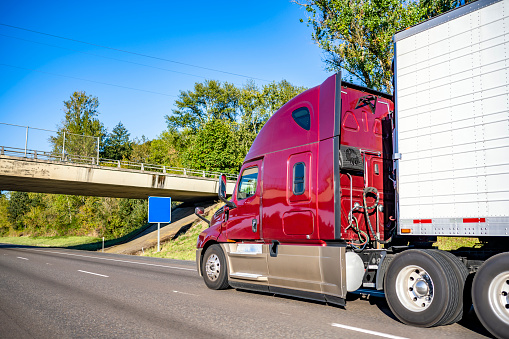 Five people were taken to the hospital after a truck crashed into a pedestrian bridge in Washington, D.C., and caused a multi-car pileup. The truck accident happened in late June on DC-295. Frank Soriano, 50, owner of Frank's Scrap Metal and Recycling in Silver Spring, Maryland, was behind the wheel. His company's boom truck hit the footbridge at Kenilworth Avenue and Polk Street.

About half of the bridge, which crosses six lanes of highway traffic, collapsed from the impact. Crumbled chunks of concrete and twisted metal fencing were scattered across the entire highway. At least four of the vehicles/persons that were driving by when the truck hit the bridge became accident victims, according to the D.C. Police.

What caused the crash?

Police said four of the five people involved in the accident were taken to the hospital to treat non-life-threatening injuries.

The accident happened due to an error by Soriano, the D.C. Mayor's office alleges. After leaving a concrete plant shortly before the crash, Soriano apparently forgot to lower the truck's subframe. 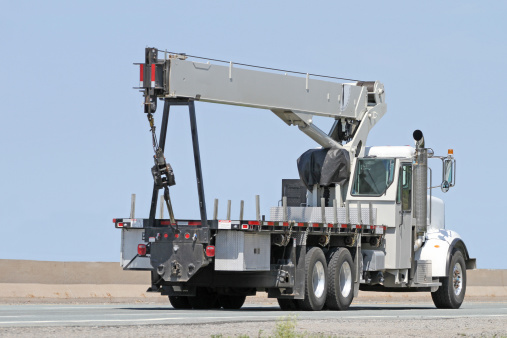 The added height caused an attached industrial crane called a boom to smash into the bridge as the truck tried to go under it. The truck appears to have been in good working order on the day it crashed. The last time it was inspected was June 1. No violations were found, according to local media, and no charges have been filed.

Large trucks smashing into our local bridges has become an unexpected trend over the last several years. At least seven bridges have been hit since June 2020 - many of them in Virginia. It's not clear what is driving this spike in incidents, local officials said.

One estimate says that 1 out of every 5 Maryland overpasses has been struck by an overheight vehicle at some point.

Washington, D.C., has one of the lowest rates of fatal truck accidents in the U.S. — still, plenty of semi-truck crashes happen here that cause serious injuries.  Common injuries that result from truck accidents include:

Your arms are the most likely part of your body to be injured in a crash with a large truck or commercial vehicle. Fractures and breaks to your radius, ulna, and humerus, along with wrist sprains and finger pain occur in a little more than 30% of truck accidents.

The next most often injured body part is the face, which can be hurt in an accident by hitting the windshield, steering wheel, or seat back, broken glass, or unsecured interior items. About 20% of truck accident victims receive facial injuries such as bruising, cuts, fractures, and trauma.

People's legs are another area that is commonly injured in truck accidents. The femur, fibula, and tibia can sustain breaks, cracks, and splints. Leg injuries are found in about 16% of truck crashes.

Medical care is expensive — and even more so if you need treatment for injuries sustained in a crash with an 80,000-pound truck.

If you or a loved one was injured in a tractor-trailer accident, it is important that you have a full understanding of your rights and the compensation you will need to treat your injuries for a lifetime. People who don't fully consider the full cost of treatment leave money on the table and risk paying for hefty medical bills down the line. About 40% of American adults of working age are in debt due to medical expenses or are struggling to pay for necessary treatment. This doesn't have to be you.

The Law Offices of Stuart L. Plotnick, LLC, fights hard for accident victims. Getting hit by a truck and thrown into the complex world of trucking law and insurance policies can be overwhelming for just about anyone. You do not have to become a master of high-stakes negotiations in the weeks after your accident in order to get the compensation you deserve from the insurance companies, but you will likely need help. The truck driver, trucking company and the freight owner can all be liable.

Our firm is by your side every step of the way. We listen to your needs and go the extra mile to get you the maximum compensation for your claim. Our firm has a long track record of success and will aggressively advocate for your best interests. We will investigate the accident, collect evidence, make sure you don't miss any important deadlines related to your case, negotiate for fair compensation on your behalf, and keep you informed throughout the process.

The legal team at the Law Offices of Stuart L. Plotnick, LLC, understands that life is uncertain and money can be tight after a bad truck accident. That's why we offer free case consultations to crash victims and their families. Attorney Stuart L. Plotnick also represents many clients on contingency. This means that there is no retainer or hourly rate for you to pay. Our fee is calculated into your final settlement or verdict and paid for by the insurance companies. We only get paid when we win.

Contact us today to schedule a free case consultation at our Rockville, Maryland, office.