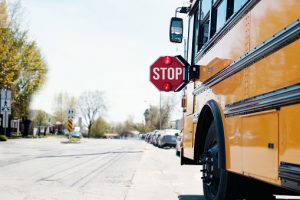 Truck and bus recalls often come in epidemic-like waves. Last month, school bus manufacturers issued recalls for almost 2,000 vehicles, listing a host of various problems with the vehicles that transport our children to school, according to the National Highway Traffic Safety Administration (NHTSA).

Navistar Inc., one the major manufacturers of buses, recalled nearly 900 school and commercial buses because of potential problems with the vehicles' brake hoses. The issue was, the hose fittings for the air brakes might not have been or were not positioned correctly. Contact with the tires could damage the service brake air hose, resulting in an air leak that could cause the brakes to fail.

Also last month, Daimler Trucks North America announced the recall of 916 of its 2012-2018 Thomas Built Bus Saf-T-Liner C2 school buses due to a potential propane leak, which could result in a fire and increase the chances of a crash.

At the start of the school year in North Carolina, a Charlotte County safety audit inspector checked 96 school buses. Twenty-four were immediately taken off the road due to defects. More than half of those buses had problems with brakes, tires or the suspension. Several others had cracked frames or loose bolts. It's unclear whether these buses were recently deployed or have been in use for some time. State law requires school buses to be inspected every 30 days.

During the school year, 23.5 million elementary and high school children ride a bus to and from school every day. Add extracurricular activities and the school bus system becomes the single largest public transit system in the country. Each year, about 17,000 children are treated in hospital emergency rooms for injuries associated with school buses, according to Stanford Children's Health.

According to the NHTSA, other examples of defects considered safety-related include:

If you think a vehicle may have a safety defect, reporting it to the NHTSA is the first step. If the agency receives similar reports from others about the same product, this could indicate that a safety-related defect that could warrant an investigation and recall.

Should you be injured in a defect-related accident, contact an experienced bus accident attorney who can further discuss your options.